To show that the changes we are proposing are not impossible to achieve, are not mere dreams or too idealistic, we propose below well-known successful projects throughout the developing world.

CHINA. FROM UNDERDEVELOPMENT TO THE WORLD’S SECOND LARGEST ECONOMY IN 40 YEARS.

China presents the typical example of successful urbanization, used at its optimum for its economic and social development. Reforms launched since 1978 and based on the four modernizations: Modernization of Agriculture, Industry, National Defense and Science and Technology, allowed the country to initiate coherent policies taking into account all these sectors and become 40 years later, the world’s second largest economy, a technological and space power and the world’s second largest military power.

It has transformed its small towns on the east coast into a world-class industrial megalopolis, created successful special economic zones, attracted FDI and become the factory of the world. But also use the FDIs to develop local industry, strengthen the education system and the scientific and technological ecosystem. China can thus support Africa on:

“Den Xiaoping reiterated that China had to learn from Singapore. We did it, we do it today and we’ll do it tomorrow”

President of the People’s Republic of China; Xi Jinping

Some countries have experienced the feat of developing exceptional cities in less than 40 years. Singapore and Dubai did it in just over a quarter century. These cities are being wrought by two outstanding leaders with a vision, a strategy and a passion for success. Thus it took Lee Kuan Yew 27 years to build Singapore and 25 years to Sheikh Mohammed Bin Rashid Al Maktoum to build Dubai.

According to Olivier Sevin, Singapore is an emblematic case in terms of development, because in a few decades this city-state devoid of natural resources, capital and know-how has become a global city that is as much admired as the In a few years, the Singaporean authorities have managed to give the city a competitive image. Singapore is today a functional, clean, safe and welcoming city, where multinationals and foreign executives are assured of having a very wide range of services, and this is not the least paradox in a country where State action is omnipresent, tax rates and social charges are very low. Success is at the rendezvous: in 2010, with 14.7%, the GDP growth rate of the city-state was one of the highest in the world.

And, according to Agence France Presse (AFP), the ruler, Sheikh Mohammed Bin Rashid Al Maktoum claims to have wanted to make Dubai a “modern Cordoba”, the forefront of an Arab renaissance, like the city of Andalusia who offered a model of religious and communal coexistence of the time of Arab domination over part of Spain.

In fact, Dubai stands out from other conservative Gulf countries that surround it: foreigners the majority of the urban population, are free to practice their religion, foreign women in miniskirt rub shoulders with Emiratia in black abaya, and bars and nightclubs are legion. Qualified as an autocrat by some, in a country where neither parties nor trade unions are allowed, he keeps the door of his “majlis” (the reception room of the palace) open to those who have grievances. “I am convinced that I lead my people not only on the right path, but on the only possible path,” he says in his book, “My Vision.”

The quality of leadership is one of the ingredients that Africa will have to demonstrate.

If Africa is to accelerate its growth and emerge economically, it will have to focus on its cities to make them productive, prosperous and livable. 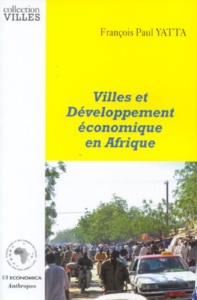